Mr. Ralph Pryor, now 95 years young, grew up in Muskogee Oklahoma in the foothills of the Ozarks. Like most young men of the greatest generation, when his country called, he answered the call, as did most of the young men from his high school class. Seven of his classmates would not return from the battlefields of Europe and the Pacific. Ralph remembers hanging around a radio shop in town that was owned by one of his fathers friends. There he developed a passion for all types of electronic communications and after he enlisted in the USAF at the age of 18 he quickly moved to the top of his class and was enrolled in Advanced Radio School in Madison Wisconsin. This training would be put to use as he was part of the island hopping US forces who would ultimately land on Midway, an important jumping off point for the USAF to begin its bombing of the Philippines and the island of Japan. Ralph was an integral part of the ground to plane communications and he was an eyewitness to many of the B29 bombing raids that would take off from Midway to bomb the mainland of Japan. Ralph tells that one mission in particular has stood in his mind all these years later. Twenty-one B29 bombers left the island to make bombing runs on Japan and on their way back to Midway one place lost power in an engine and the crew ejected into the Pacific ocean. The Navy was dispatched to pick up the crew nearly 100 miles from the island. Twenty planes returned to the island that day with their crews in tact and the ground crew never expected to see the twenty-first plane on the horizon. Having no radio contact with the plane for over two hours, they first believed it was Japanese, but when visual reports confirmed it was American and a B29, everyone was shocked. To their surprise, the empty B29 actually landed on the Midway island runway with both engines still running. The ground crew waited for nearly 30 minutes after the engines stopped to inspect the plane, thinking that Japanese troops could be hiding on board. Upon entry they found the plane empty – it was indeed the plane that the USAF crew had parachuted from – it had safely landed back on the island with no crew inside. Ralph laughed as he told me that the plane had beat the crew back to the island.

After Ralph returned from the Pacific, he married and had two children who are still alive and living in south Texas. Ralph went on to complete his Electronic Engineering Degree from Oklahoma City University and was soon hired by NASA to work on the Atlas Missile Program (first inter-continental missiles with nuclear warhead that was to be aimed at Russia). His work with NASA took him to Lawrence Kansas and other nuclear bases in the mid west and then to Houston where we was a Senior Flight Test Engineer during the time the Apollo 1 fire killed three astronauts. Ralph stayed active in reserves and he was recalled to serve again in the Korean Conflict. Ralph credits his amazingly interesting and well lived life to the favor and blessings of the Good Lord. 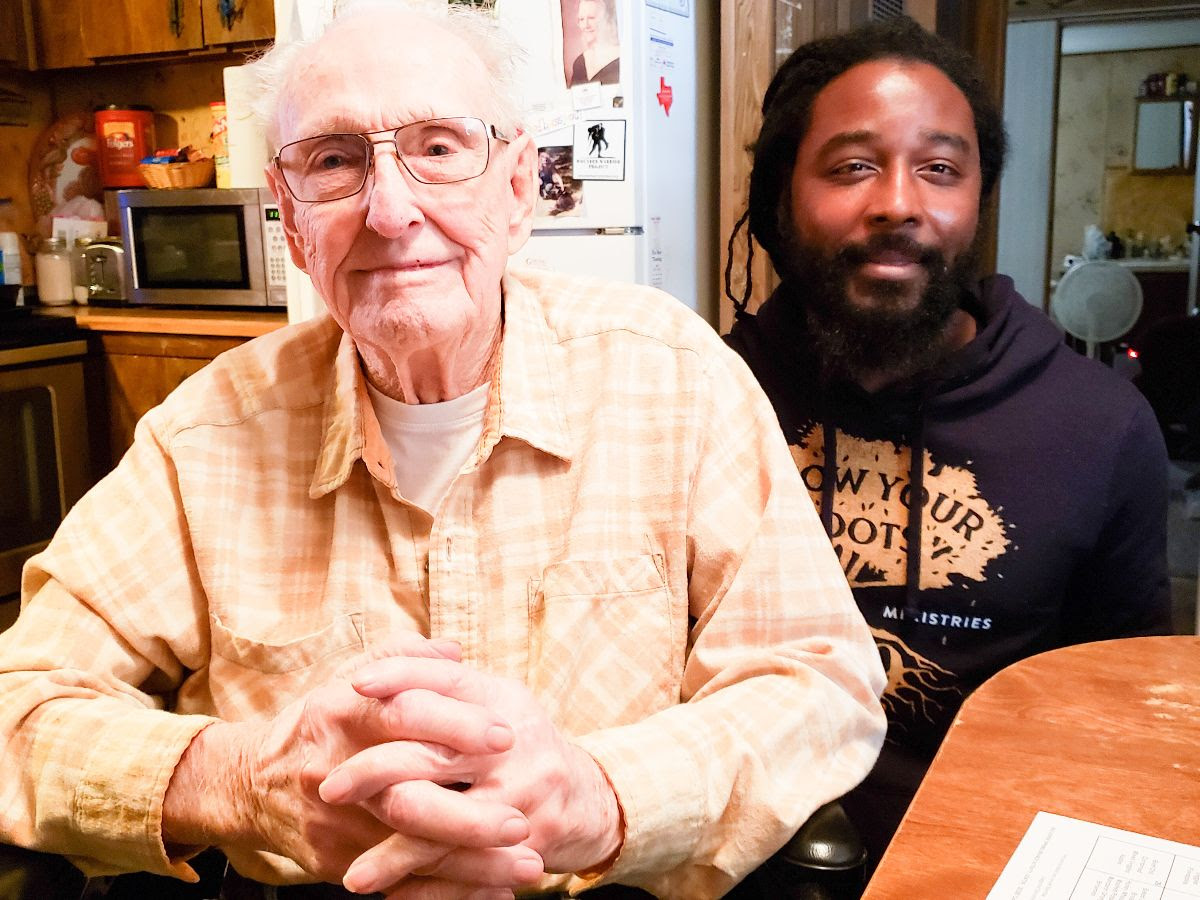 A Special Thank You to Our Volunteers

We are thankful for our volunteers across San Antonio who have taken the time to send cards, letters and valentine gifts to our senior adults.  The encouraging notes and letters have been a big hit.  Getting something in the mail is a treat for these seniors and many of them have called to say “thank you.”  What a wonderful way to participate in this work.  Even the kids from Crossbridge Community Church have joined in by making special notes to be sent to our seniors. 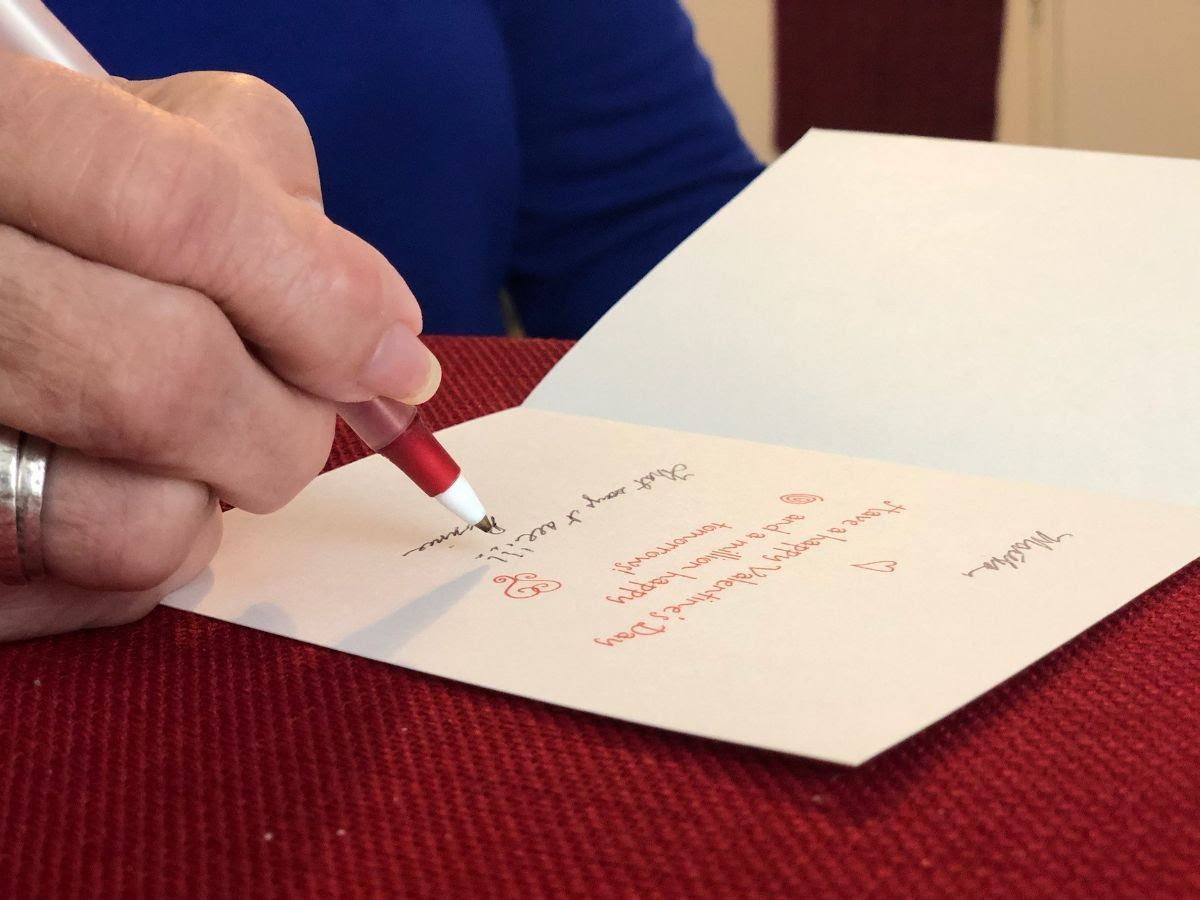 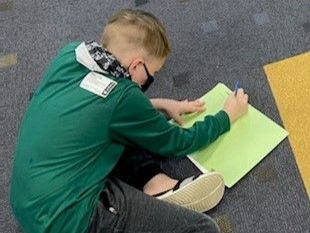 Are you interested in helping us with yard work, cleaning gutters, spreading fertilizer, and other light jobs at the home of one of our senior adult ladies living near US 281 North / Hwy 1863? Please contact us at 270-933-3421 or at scarter@project1027.org if interested 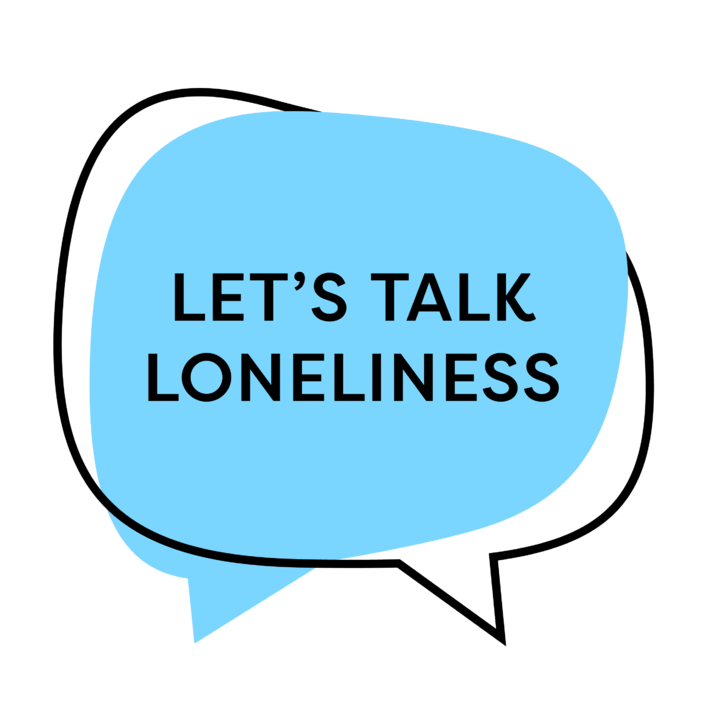 $25 Makes a Huge Difference – Give Now 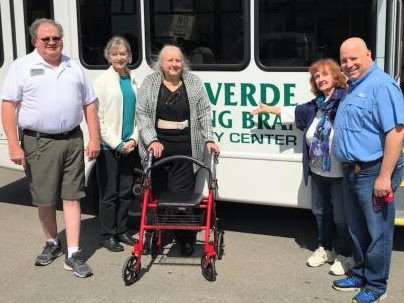 We had a wonderful time taking some special seniors out for a day of activities. We visited Walmart and and enjoyed lunch together at Schlotzyky’s. It was a wonderful day for the volunteers and the seniors. A special thanks to our friends at Bulverde Spring Branch Activities Center who provide us with a van for our excursion and out volunteer driver Todd. If you would like to ride along with us in the future, we are planning to do this on the first Thursday of every month. Spending the day with these amazing seniors will really brighten your week. 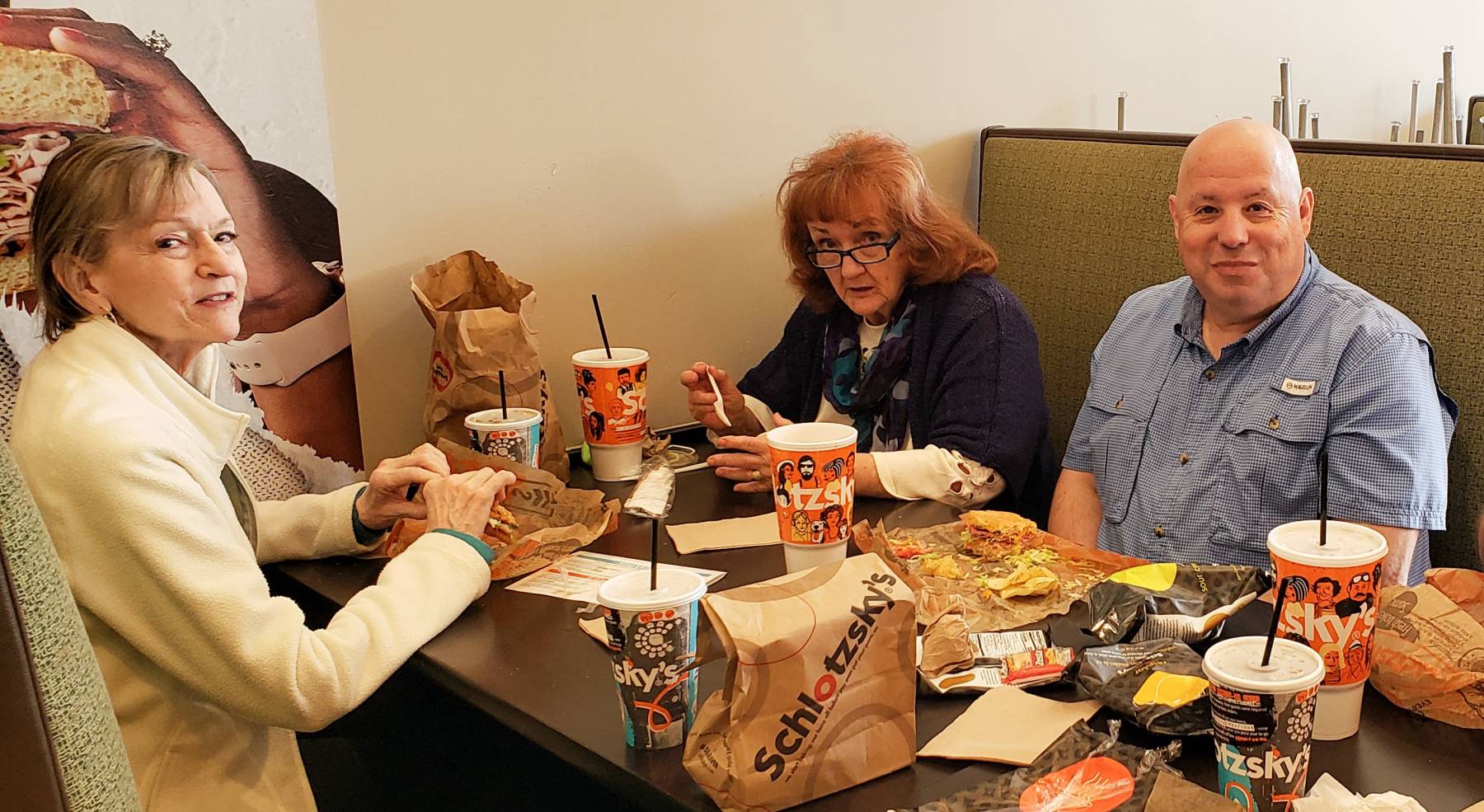 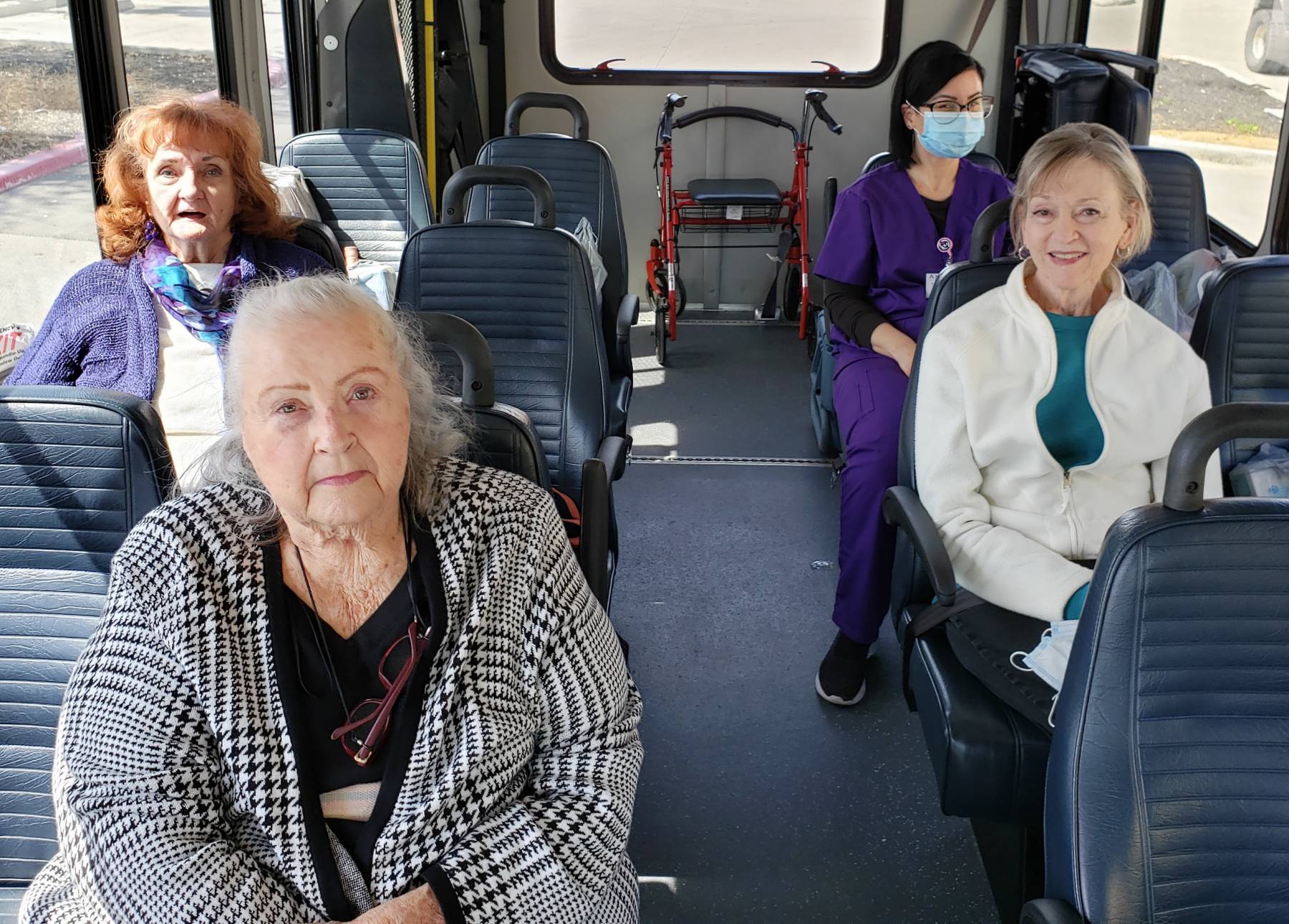 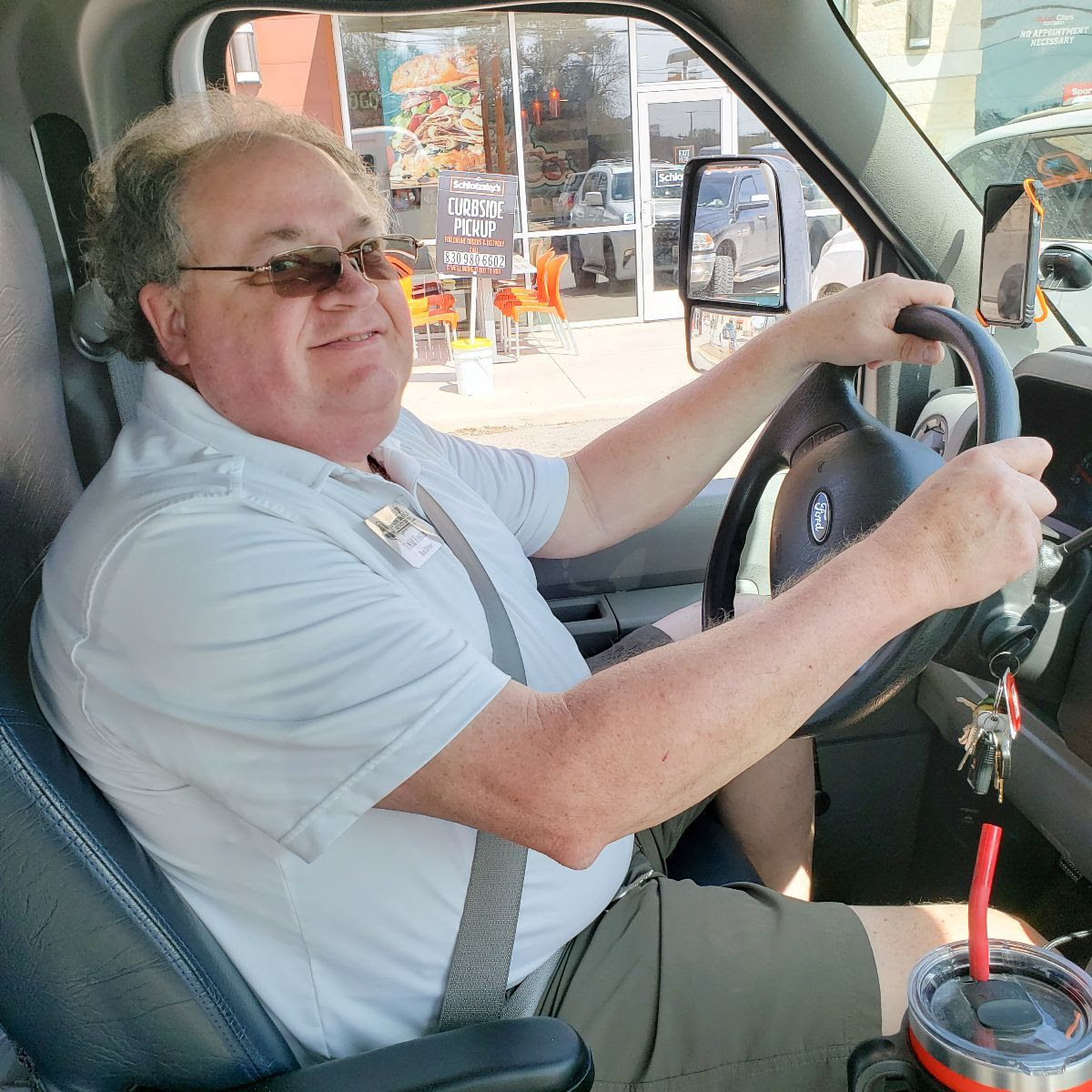 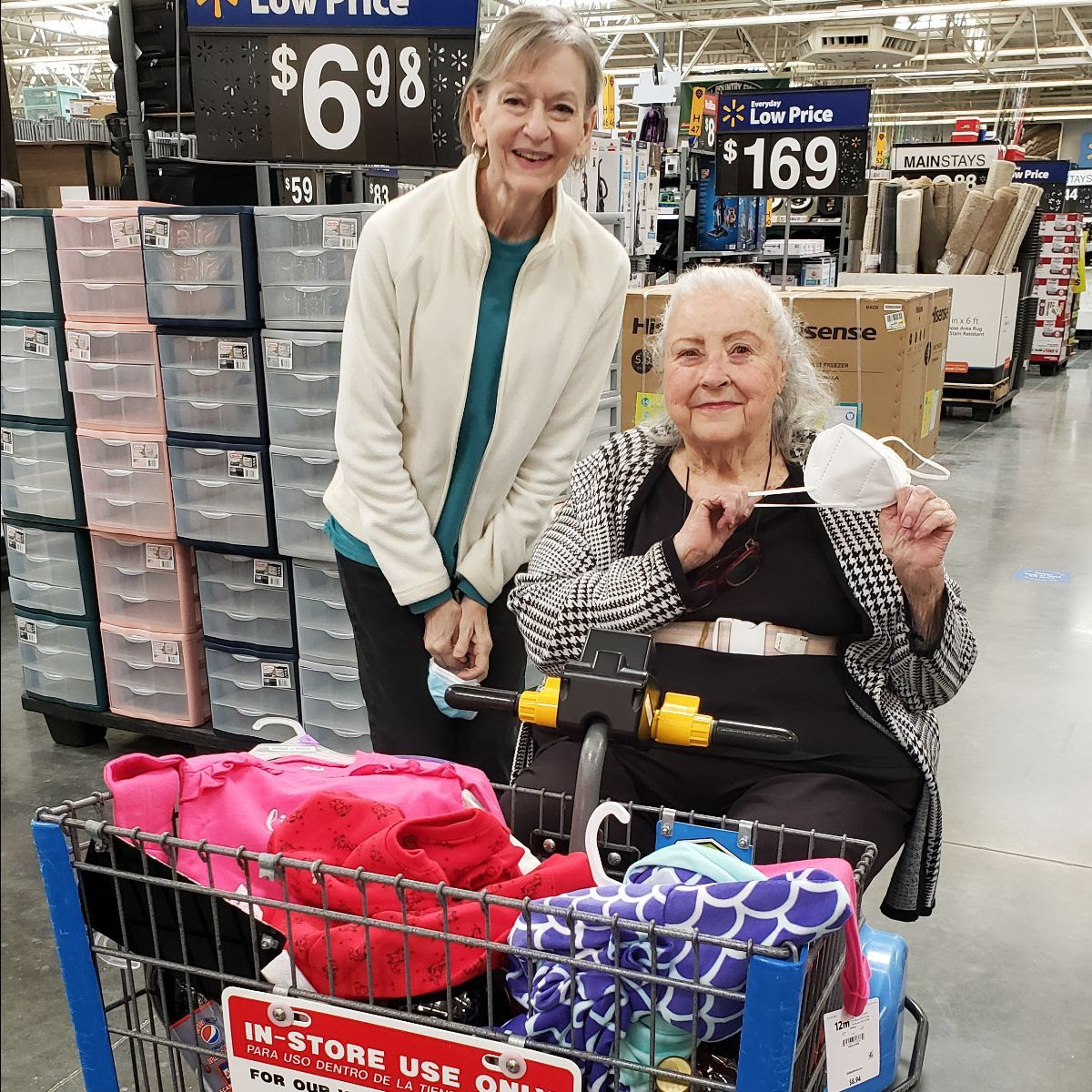 We Are Looking for Volunteers in 2021

As the organization grows, we are seeking volunteers to connect with and support the work in the following ways:

If you or someone you know is interested in supporting us in this this way please email Shane Carter at scarter@project1027.org or call me at (270) 933-3421

$25 Makes a Huge Difference – Give Now

Know a Senior in Need?

Do you know of a homebound senior adult in San Antonio that is
in need of our services?

Please email me at scarter@project1027.org, or fill out the form below, with how we can get in touch, and
I will make contact to see how we can help.